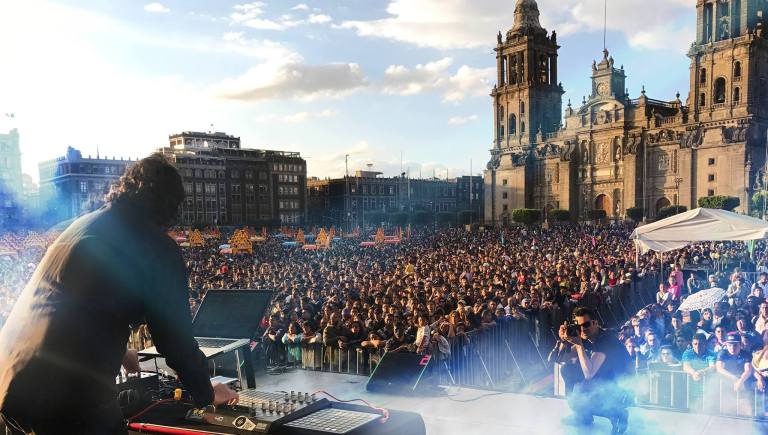 Last Saturday, B-Liv, who is one of the most respected and recognized DJs and producers in México, presented his project in the largest celebration of “Dia de Muertos” that Mexico has had in its history so far. More than 100,000 souls in one of the most important stages of Latin America: “The Zocalo Capitalino” located in the heart of Mexico City. 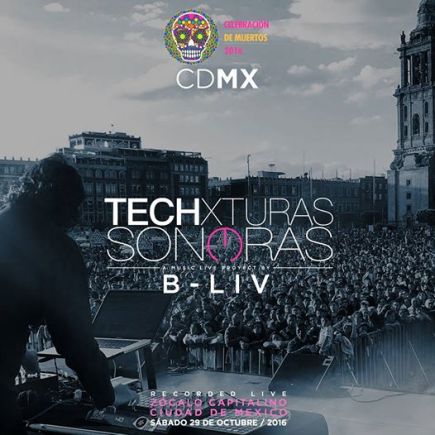 It was not a Dj Set, as many must have thought. It was something less conventional, more elaborated and inspiring. It was an actual Live Act prepared exclusively for this great celebration.

“Techxturas Sonoras” by B-Liv, is a musical journey of electronic amalgams, techno sounds, something rhythmic, something that is both experimental and environmental. It is built around historical audio testimonials of some protagonists of the popular and cultural history of Mexico, whose voices have been silenced by death.