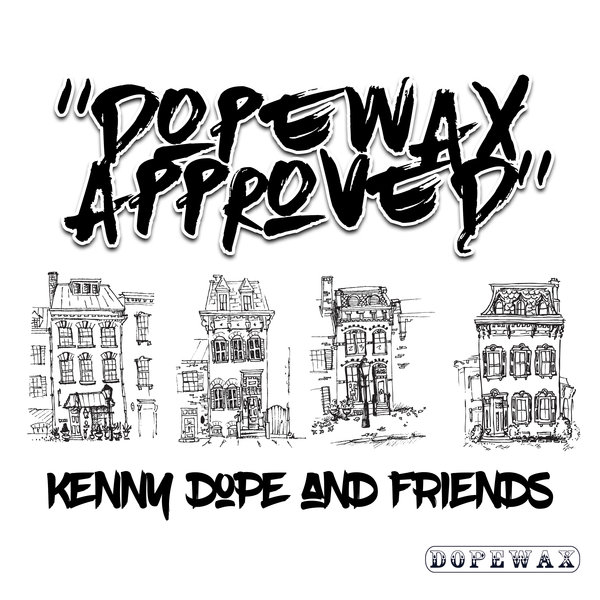 Ready for the goodness? Here comes a new comp that will help keep the mind, body & floor moving for hours on end. Continuing his musical legacy, Kenny Dope has teamed up with some of the greatest dance producers, signed a number of choice tracks from talented up and comers, & even threw in some original productions to assemble a whopping 25-track comp dropping on his own Dopewax imprint. It contains an assortment of House music sub-styles, that all have one other thing in common; Quality. Kenny carefully cherry-picked these tunes from a mountain of upcoming releases and meticulously programmed a journey full of hard driving peaks, sexy midtempo valleys and more wicked beats in between; just as one would hear on his sets over the airwaves or boomin’ out the stacks at a sizeable venue.

On this very first Dopewax Approved: Kenny Dope & Friends comp, you get a taste of some selective dance diversity, from the deep and cinematic snappy soundscapes of some of the hottest artists coming out of South Africa like, Collen Cohen’s “Yog Sothot,” Karyendasoul’s “Ordinary Gatherings,” and the original mix of Samurai Yasusa’s “Absolute,” to the lovely Soulful house stylings of Albert Menendez’s Sterling Ensemble & Sara Devine’s truly beautiful “Angel,” as well as Kenny’s collab with reigning king of R&B-House crossover, Raheem DeVaughn, and their latest single, “Queen.” Then there’s the funkier “‘Cause You Love Me” by one of France’s premier funk house-masters, Madji’k featuring the super-soul vox of Léon (Malélé), and some of the best new talent to come out of New England, namely Ant LaRock, whose stunning mix of his single “Sanctuary” featuring Agency, is sure to get some serious play.