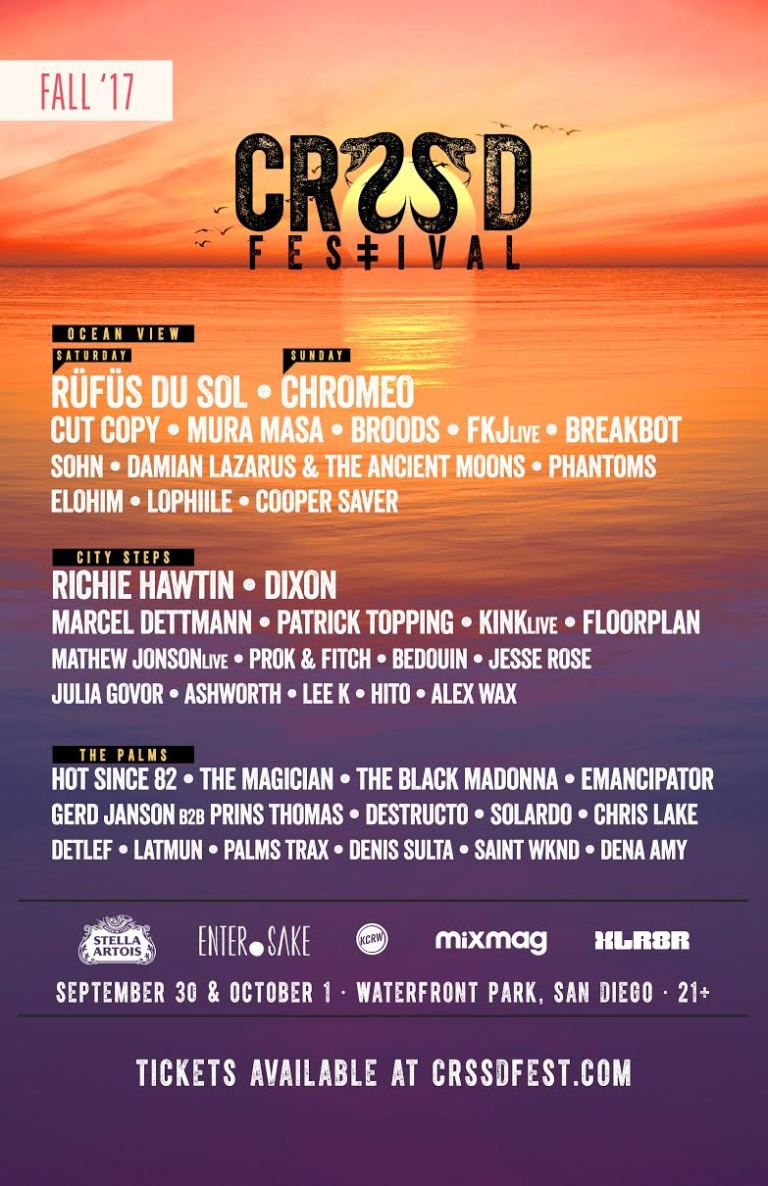 CRSSD has become an institution in the California festival circuit over the last several years. Held twice annually in San Diego’s scenic Waterfront Park, the Goldenvoice and FNGRS CRSSD-backed festival has a rare knack for attracting a blend of the most in-demand names from the techno and house sphere, as well as the realms of electronica and future bass.

Today, June 21, CRSSD has released the lineup for its fall 2017 edition, which will be held at its usual venue September 30-October 1. Indeed, Californians will be hard-pressed to find a better techno and house lineup at a festival until the spring 2017 edition of CRSSD.

Richie Hawtin and Dixon lead the way for the club scene, assuaging those who had the dilemma of choosing between the two iconic artists at this year’s Coachella. Further legends such as Floorplan, Damian Lazarus & The Ancient Moons, Marcel Dettman, and Patrick Topping will make their way to Waterfront Park as well, while Mathew Jonson and the legendary KiNK will provide enviable live shows. Perhaps most intriguing, however, is a rare b2b set between Gerd Jansen and Prins Thomas.

Stepping into the main stage side of things, this autumn’s CRSSD will feature headlining sets from RÜFÜS DÜ SOL and Chromeo with support from scintillating acts such as Mura Masa, Cut Copy, Breakbot, and SOHN.