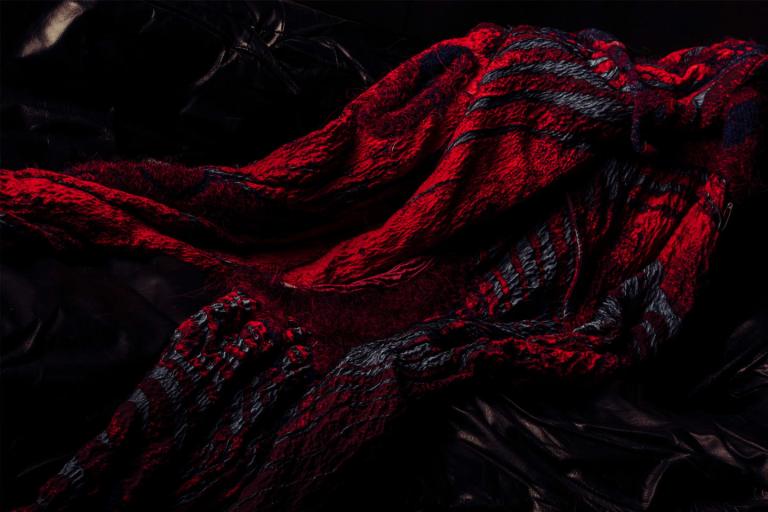 It’s no secret that the fashion industry plagiarizes club aesthetics. That’s why Lee uses responsible design in his work to protect the subculture’s authenticity.

Ximon Lee describes his first authentic clubbing experience as a “dark hole you enter” that led to somewhere “ambiguous between life and death.” The cavernous maw he recounts was Griessmuehle, the beloved—and unabashedly ragtag—Neukölln, Berlin venue that closed earlier this year. But in 2015, Lee, an avant-garde fashion designer who was in town post-Paris Fashion Week, witnessed it in full swing. Lee remembers descending down its rickety stairs: “Are they going to fall apart or not?” he pondered to himself. “How is it even possible that this place exists in Germany—a first-world country with the most careful, the most precise, and the most disciplined culture?” Lee himself was born in the border province between Russia and China and has lived all over China, so the confusion he felt questioning the incongruities of this Western adult playground that sprawled before him proved to make an indelible impression on his creative world.

It’s not even that clubbing itself, per se, is the main touchstone for Ximon Lee’s fashion designs—in fact, not at all. Rather, it’s the general dissonant atmosphere that captured his attention that fateful night that continues to nebulously shroud his collections since he moved to Berlin in 2016. Before he relocated, Lee had already built up a reputation for himself in New York after graduating from Parsons School of Design, whose esteemed Fashion Design B.F.A. has churned out the likes of Tom Ford and Alexander Wang. His resume practically glints with its list of polished accolades: Parsons Menswear Designer of the Year award, semi-finalist for the 2014 Louis Vuitton Moët Hennessy Prize, the first menswear designer to win the H&M Design Award, and sponsorships by GQ. In 2016, Kanye West declared that Lee was “killing it” at the LVMH prize opening—a statement that has given Lee the kind of immediate pop culture clout designers several years his senior can only dream of.

Yet, in spite of the mainstream recognition, an inquiry into his collections illustrates a distinctly music-subcultural underpinning. For his eponymous brand’s AW18 showcase, Lee conceptualized an interdisciplinary project complete with opera singers and dancers, titled “Masters of Mess,” with Berlin-based producer and performance artist Pan Daijing after a casual meeting through the city’s creative community. The most striking garments within the collection were his red and orange knitwear pieces, which look like oriental rug deconstructions with wavering, greyish-blue vessels compressing and sinewing themselves around their models. Two years later, for his SS20 “Reconscious” collection, Lee tapped L.I.E.S Taiwanese techno affiliate Tzusing to conceive of the runway soundtrack. He’d first heard Tzusing at ALL club; his set was one of the first times in Shanghai when Lee danced until he broke a sweat, so he took a mental note of the DJ’s name for a future collaboration. The final presentation itself contained bibs and overcoats with grainy black-and-white relief prints of nude bodies colliding in space.